Taking a break from working in a food outlet across the street from a busy Central Havana market. 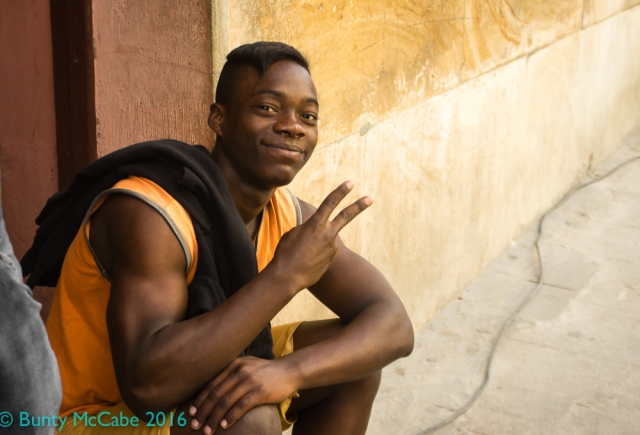 Not a happy subject? 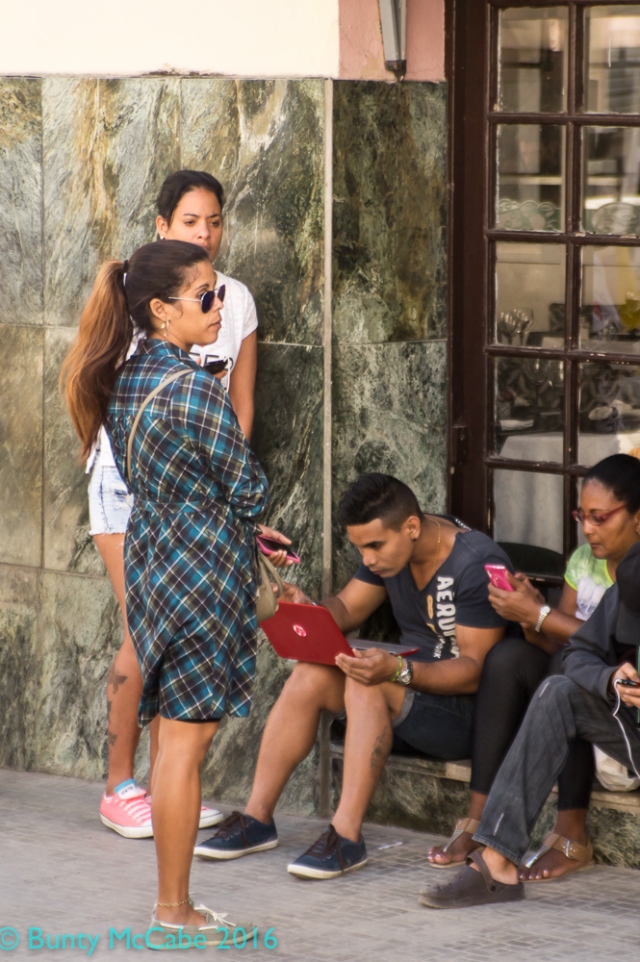 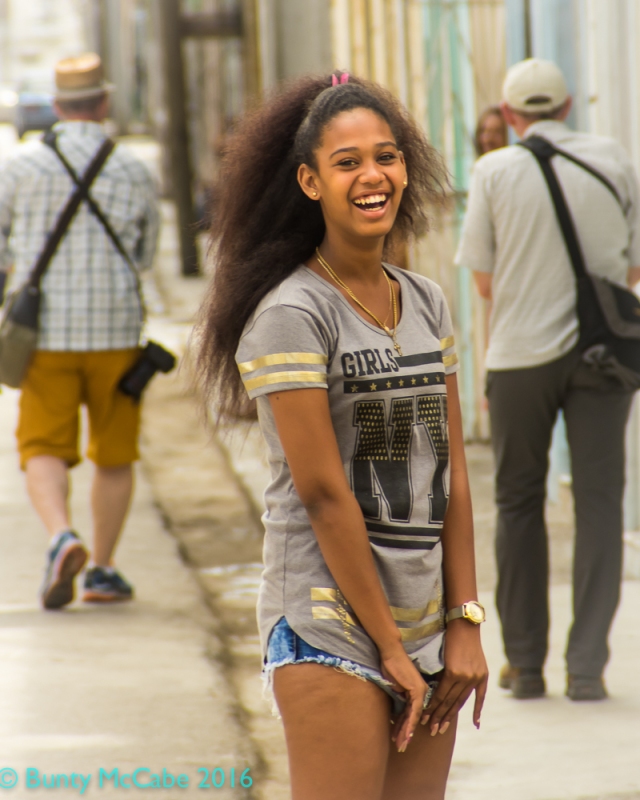 This cheerful young lady stopped briefly to have her picture taken and moved on to meet her friends. In the first photo she is framed by two of our photo workshop party. 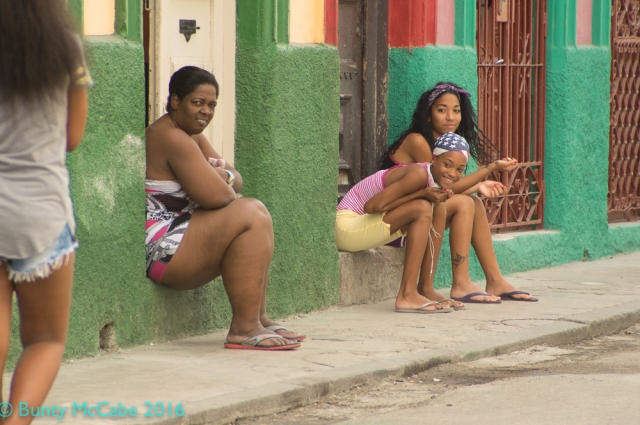 Meeting her friends and one suspicious adult.   Central Havana February 2016

Social media, when you can get it, is important to the student generation. At the Wifi in the park near our bed and breakfast (casa particular) the other users were also mostly young.

I love the contrast in generations. 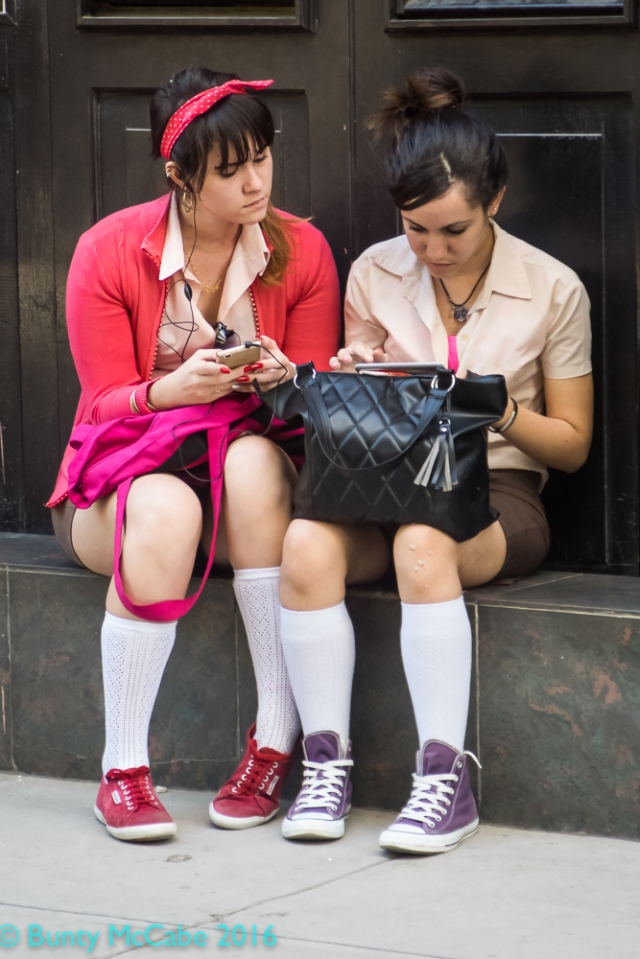 Must be a Wifi zone nearby!

About two blocks from where I stayed in Havana was a park with WiFi available for $3.00 US for half an hour. Young men sell the little tickets that hold the login ID and password. I should have kept one as a souvenir but gave away my remaining few minutes to a man in the park.

The place was usually packed; it was hard to find a place to sit. When given directions to the park, we were told the sellers pronounced it “WeePhee” – because in Spanish “i” is pronounced “ee” – and so it was. Three days later when I went back, at least one of the lads was calling it WiFi.

Catching up on social media while waiting for a fare.

One way to get around is to hire a bicycle rickshaw. We walked almost everywhere – taking a 1950’s taxi once, riding in a Lada to and from the airport in Varadero, and renting a van to go to Vinales for a day.

Bicycle rickshaws in a row off Calle Neptunio

Disclaimer: These iPhriday photos were not taken today. BUT, they are the first Cuba photos posted to this blog from my Photo Workshop trip.

iPhriday is coordinated by Gray Days and Coffee and you can find out more about it here and see who else is posting on this theme.