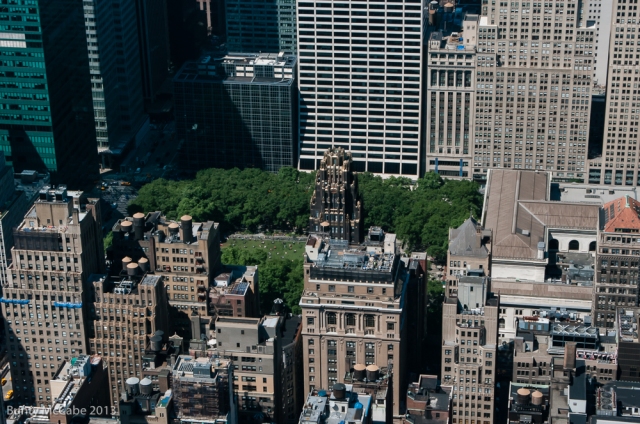 The WordPress Photo Challenge for the week is “atop.” To see more ‘takes’ on the theme, click on the link.

These pictures were taken from the observation deck of the Empire State Building in mid-June, 2013. 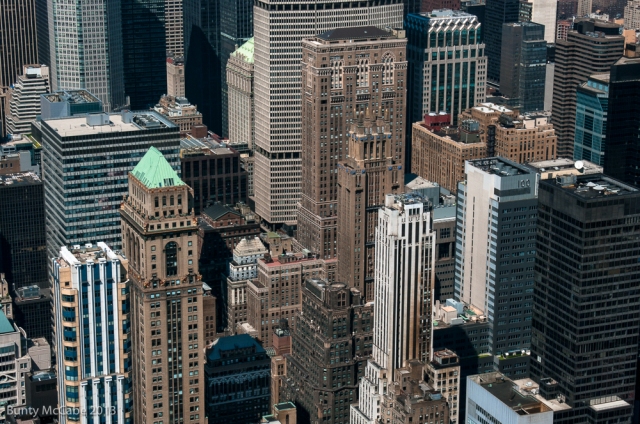 Looking northwest at the fantastic detail in some of the older Manhattan buildings. 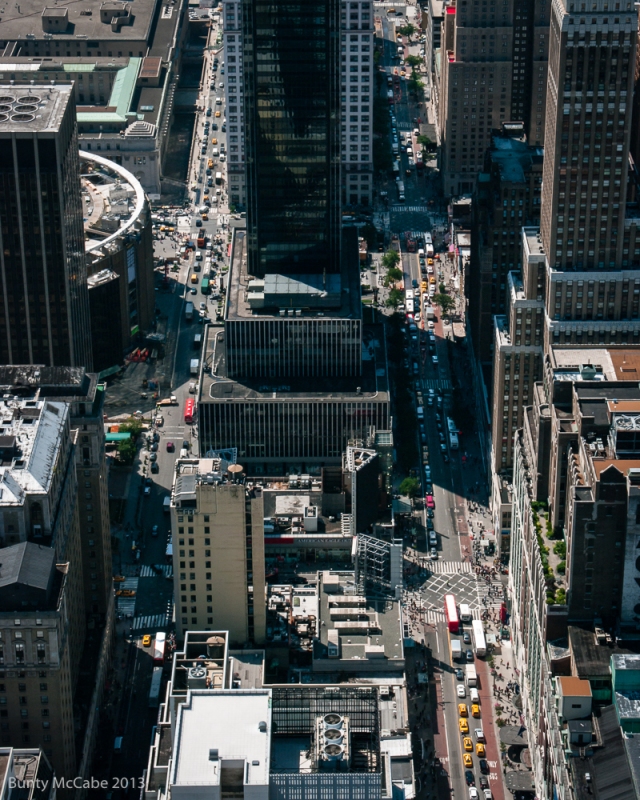 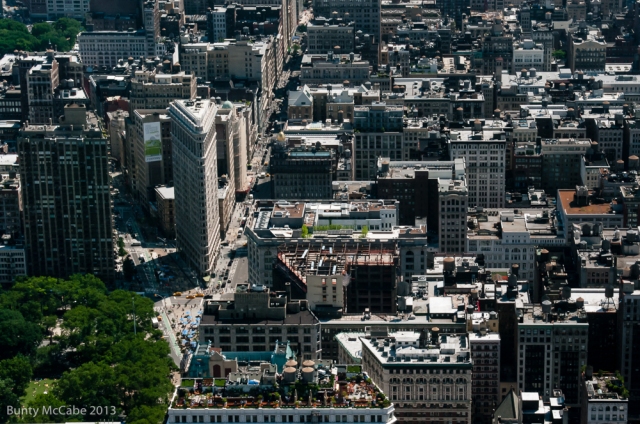 Some other photos from the top of the Empire State Building were used to show the bridges of Manhattan here. 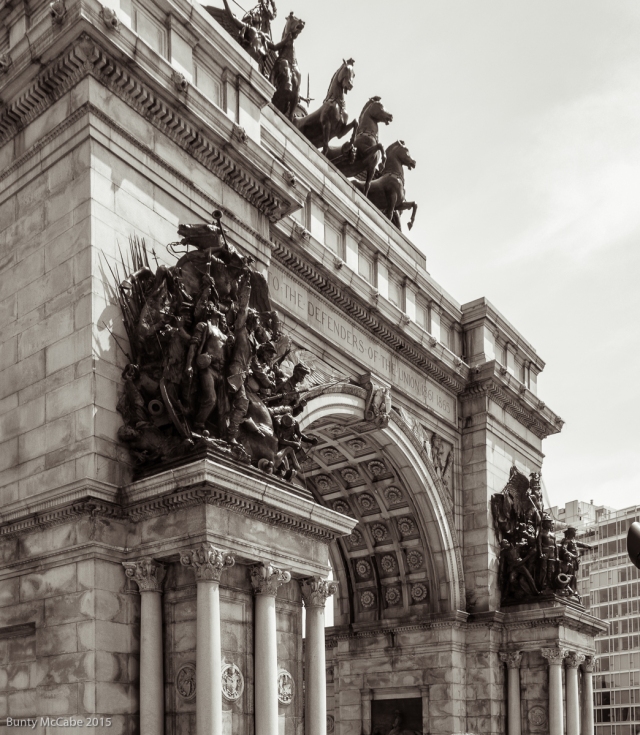 At the intersection of Flatbush Avenue, the Eastern Parkway, and Prospect Park West at the northern corner of Prospect Park, sits this triumphal arch, shot from the hot roof of a tour bus at mid-day. It looks better in black and white.

The museum, below, would be worth a visit at any time. Their Centre for Feminist Art has a permanent exhibit of Judy Chicago’s “The Dinner Party.” We stopped at a street vendor outside the Museum to buy water and for some of the passengers to use the Museum facilities. 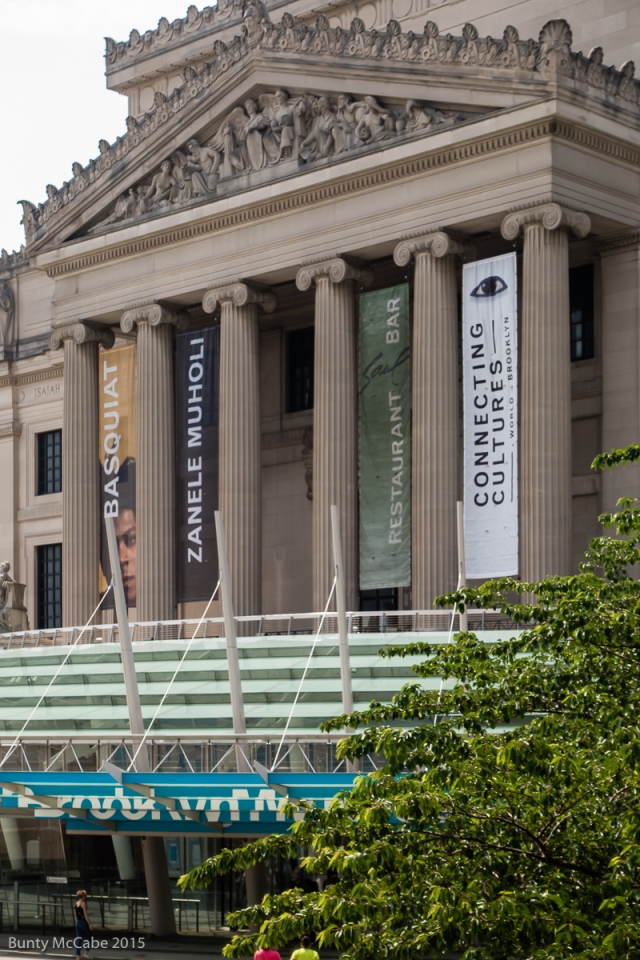 A quote for the ages:

On the side of a Long Island University Building. LIU is a ‘private’ university.

Until I visit again, this is my last post from the great city of New York. Other Brooklyn posts are #1 and #2.

These pictures were all taken from the top of a bus, in late morning, on a HOT bright day.  We passed a  restaurant I would have tried, had we stopped, and a bar, which I would have passed up.  We also got to see the brownstone houses for which Brooklyn is well known. If I were to live in such a huge metropolis, these houses would suit me fine! 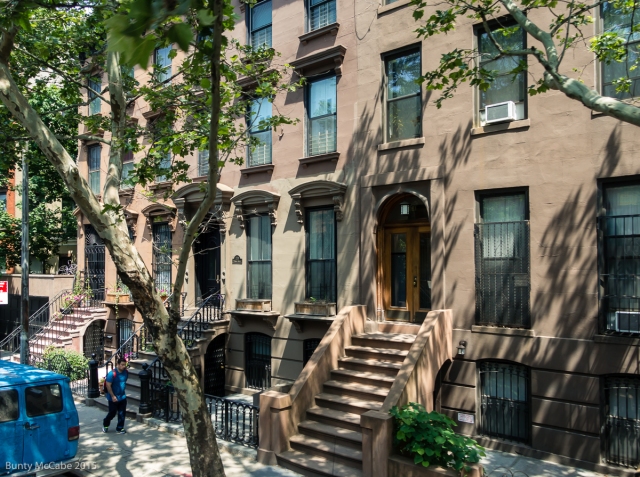 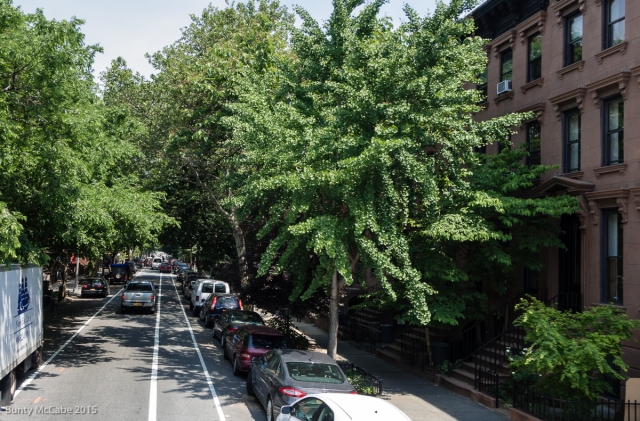 To finish off my Monday posts on New York City I have a few photos of Brooklyn which I’ll spread over three weeks.  It just doesn’t have the same ring as Manhattan Monday, of which there were 49.

The East River Ferry – previous post here –  from the fall of 2014, also stopped a couple of times on the Brooklyn side of the East River.

We made a Hop-on, Hop-off bus tour of Brooklyn in June of 2015 and stayed on the bus the whole time – except to hop off for water and a comfort break.  These two photos were taken from the top of the bus when it stopped to give us a view of Manhattan from just off the Manhattan bridge.

Brooklyn waterfront park and recreation area and a view of Manhattan 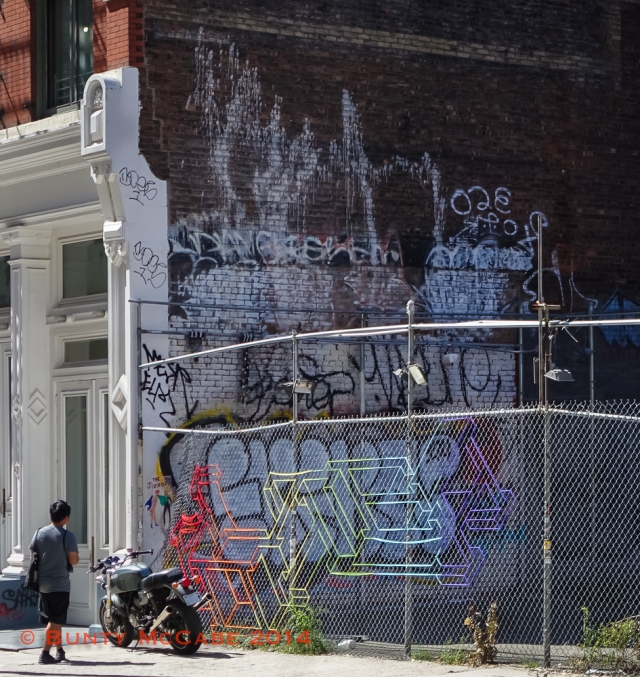 New York City – How to sparkle up a chain link fence.

These photos were taken in and around New York University and Washington Square Park.

Notice the similarity in the men’s body language!

This is Fiorello LaGuardia, who stood only five foot two inches tall. He was New York City’s mayor from 1934-1945.

With these photos I have run out of posts on Manhattan – for now. I do have a few of Brooklyn to post on subsequent Mondays.

The East River Ferry runs back and forth from East 34th Street, Manhattan, to the foot of Wall Street. It was a cheap and easy way to get downtown from the Pod 39 Hotel (on East 39th!)  It’s a hovercraft and does it ever move! Makes it rather hard to take photos as you’re hanging onto your seat, or the rail, to avoid being pitched onto the deck. 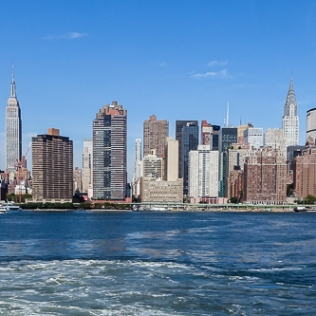 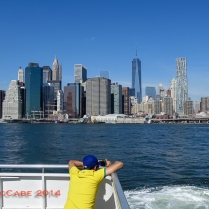 The pictures were taken from north to south. Click on each photo to see a larger version.

The first photo includes the UN and the Chrysler buildings; the second adds the Empire State Building which is also in the centre of the third.  The fourth picture shows the foot of Wall Street on the left with tall, masted ships in the foreground. The last picture features the helicopter port on the East River which is next to the Wall Street ferry terminal. 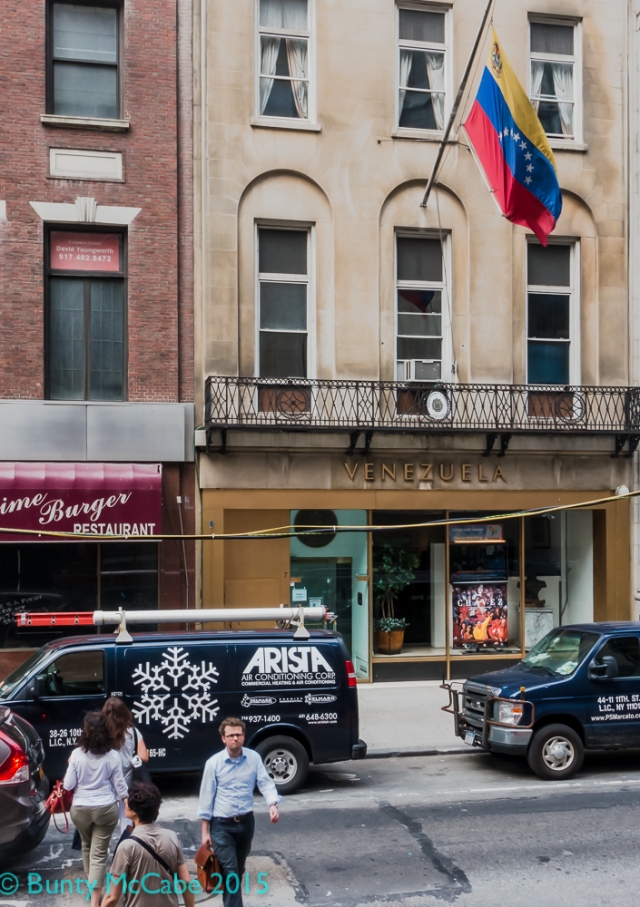 New York City – across the from the East 51st Street side entrance to St. Patrick’s Cathedral.

A colourful poster of Hugo Chavez brightens the windows of a tired-looking building with a tired flag – the Consulate General of Venezuela.  Chavez had died 27 months earlier; the current president is Nicolas Maduro.

If you want to read what’s happening in Venezuela today – try this link from Canada’s national broadcaster, the CBC. Or this from the UK’s Guardian on Venezuela’s serious internal problems.

"I do wander everywhere"
Create a free website or blog at WordPress.com.