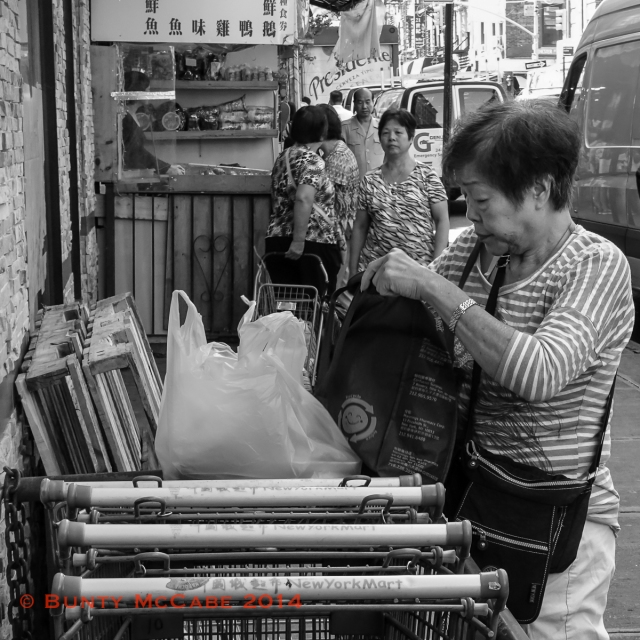 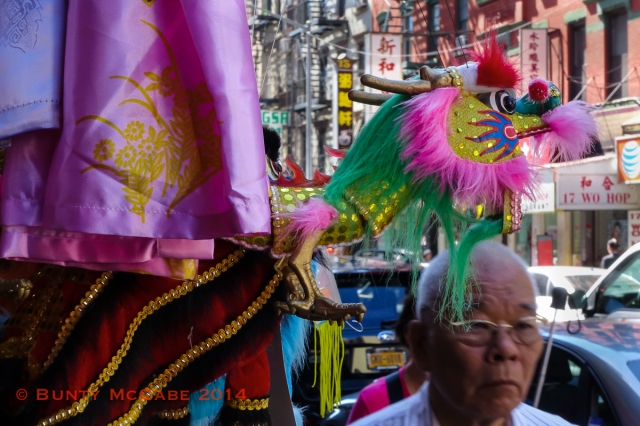 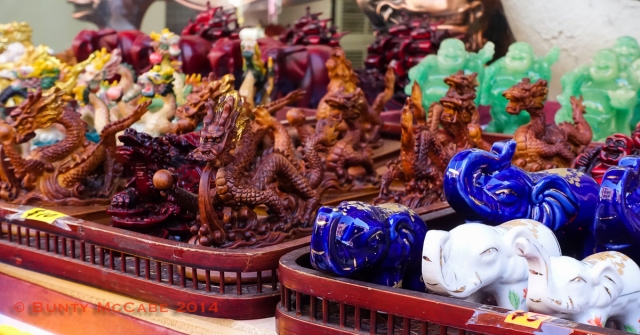 Sometimes the photographer ends up in the shot… 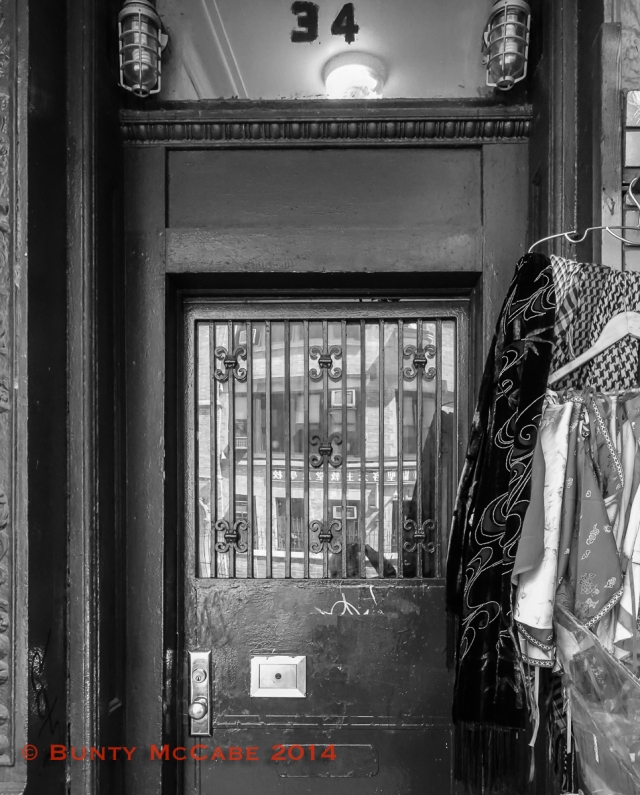 We first saw this building from the bus and the photo below is taken through the bus window. 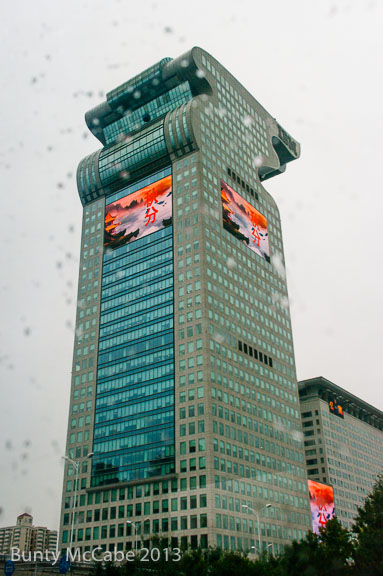 Our bus circled this dragon headed tower while trying to get to our lunch. The high resolution screens were beautiful.

It is called Pangu Plaza. 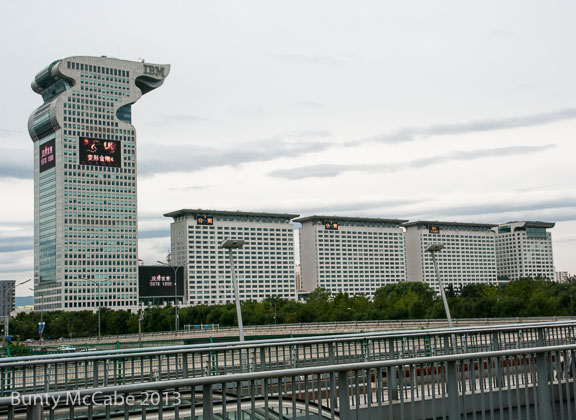 Shaped like a dragon — and stretching the length of seven football fields — the complex boasts a high-rise office tower, shopping mall, and seven-star hotel. 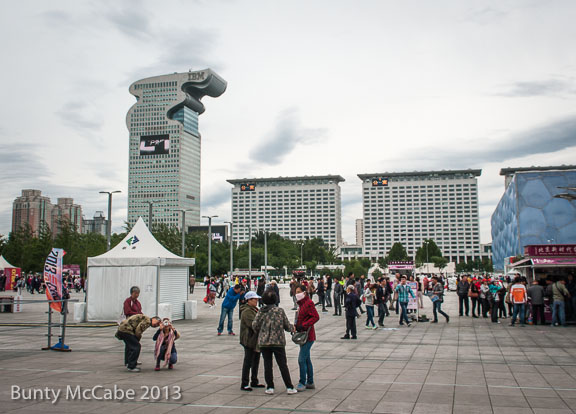 The building complex was somehow part of the Olympic Games, since it has seven jumbo television screens which, during the Olympics, recycled patriotic images and Olympic highlights to passersby 24 hours a day. 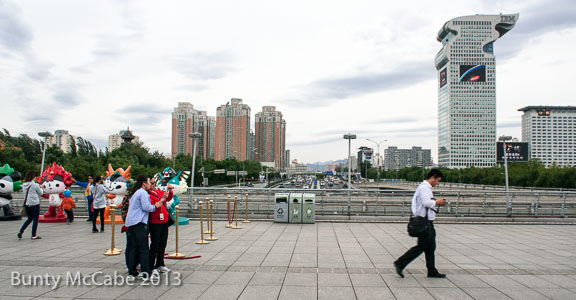 One side of Pangu Plaza overlooks the Water Cube and the Bird’s Nest stadium, indeed much of the Olympic site.