The Ed Koch Queensboro Bridge opened in 1909.   The main bridge is 3,725 feet long, the longest of the East River Bridges. The overall length of the bridge, including the Manhattan and Queens approaches, is 7,449 feet.

I haven’t been over or under it but I took two photos from the Empire State Building in 2013 which show it. 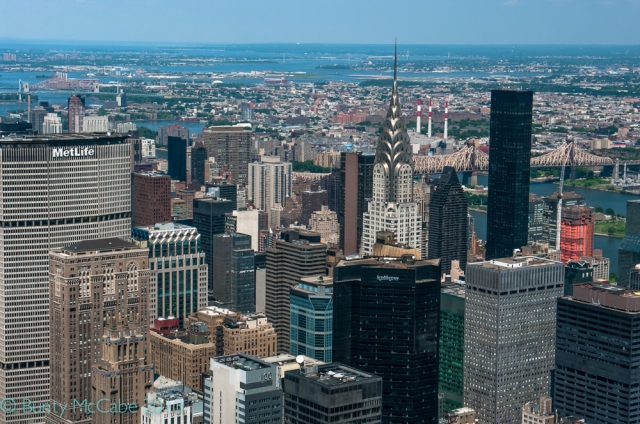 The bridge is to the right of the Chrysler building.

Showing more of the Queensboro end.

There is a lookout at the end of East 55th Street which offers a lovely view of boat traffic on the East River and of the Ed Koch Queensboro Bridge just upstream. The lookout is only a few blocks from The Pod Hotel 51 (on East 51st!) where we stayed in both 2013 and 2015.

Previous posts on Manhattan bridges can be found here: The Brooklyn Bridge and the Manhattan Bridge.